Study shows premature birth may be connected to autism. 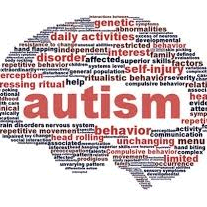 Environmental factors could lead to autism, according to the information released in recent research, published in Cerebral Cortex. The results are showing that the condition tends to be far more prevalent in extremely premature naeonates’ cases.

Extremely preterm babies survive at very early gestation periods due to the advanced approach and technical innovations made in intensive care in the past years.  However, children born prematurely as early as 13 weeks are at considerable risk of serious  conditions incl. ADHD and learning difficulties, brain damage, and also autism spectrum disorder (ASD).

Prematurely delivered babies are exposed to many stress factors during a period that is known to be critical to the development of the brain. It is possible that this factor plays a key part in the activation and development of autism and ASD. It is known that in the US alone, nearly 1 in 68 children has been identified with autistic syndrome (ASD).

This information is provided by the Centers for Disease Control and Prevention (CDC) in the US. Autism occurs in all racial, ethnic and socioeconomic groups, but it is almost five times more common among male babies (1/42) than among baby girls (1/189). ASD is generally attributed to genetic factors, even when there is no specific autism gene identified. Latest study shows that 30% of extremely preterm children have developed autism symptoms Researchers from Sweden at the Karolinska Institutet and University Hospital have examined over 100 prematurely babies delivered before week 27, or in other words - in the very beginning of the third trimester.

The medical research team expored the growth of the neonates' brain development with the help of magnetic resonance imaging (MRI) and later screened the kids for autistic features at 6 years old. Results showed that nearly 30% of the extremely preterm-born babies had developed ASD symptoms, compared with those born full-term, where the rate is 1%, suggesting that birth weight and complications can increase the risk of autism.

Among the babies that have developed autism (ASD), diminished growth was found in specific parts of the brain involved in empathy, social contact, empathy and language. Said functions are usually impaired in autistic children.

Long before signs of ASD appeared, during the neonatal period, there were observable differences between the brains of extremely preterm babies who later developed ASD and those who did not.  Researchers hope that early detection of structural alterations seen in the brain will allow early identification and intervention for children at risk of autism.